As this week was Eating Disorder Awareness Week, it’s an important time to shine a light on the psychology of dieting. This week, we’re looking into the psychology of binge eating disorder (BED). Throughout the rest of March, each week will see the release of another glimpse into our Psychology of Dieting series. 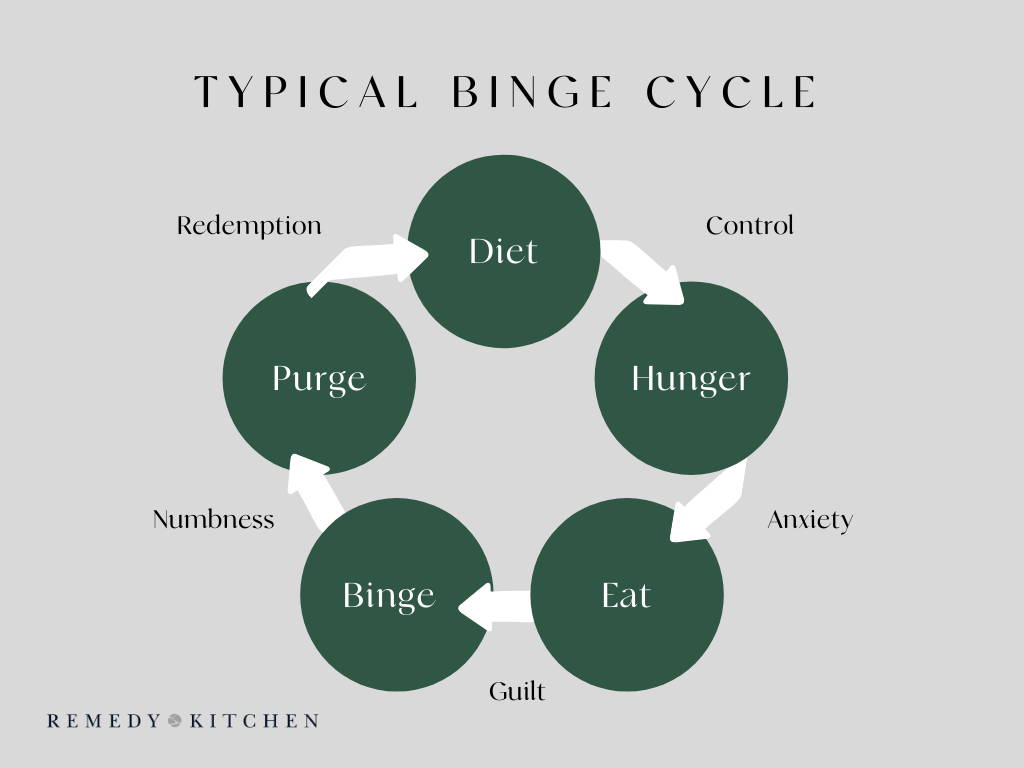 Dieting and its Place in Modern Society

Dieting is frequently accepted and even regarded as being a positive thing. Despite these perceptions, dieting is merely a socio-cultural phenomenon. It’s not a healthy means of attaining a ‘healthy looking’ weight. In many cases, it’s downright harmful. Why did dieting become such a widely accepted form of what is essentially self-punishment?

The reality is that the maintenance of a healthy weight comes with lifestyle, rather than just cyclic bursts of actively trying to lose weight. It’s somehow seen as entirely normal for someone to skip a meal, as long as they stated they are dieting. Thankfully, society is gradually moving towards a healthier attitude towards food. However, those with deeper underlying issues regarding their relationship with food continue to suffer every day. 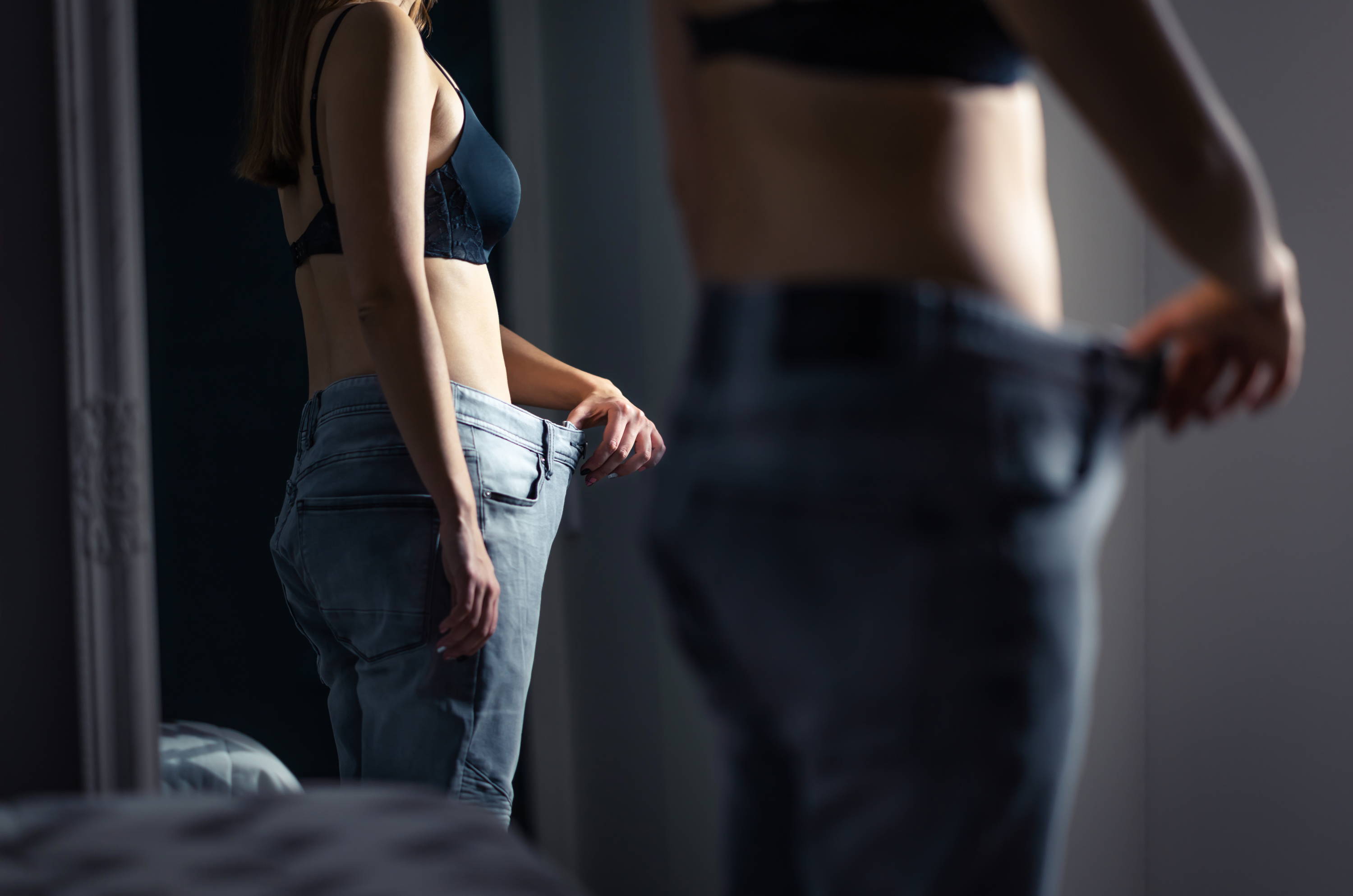 What is Binge Eating?

Binge eating is classified as an uncontrollable urge to overeat, which leaves you feeling uncomfortably full and even unwell. Binge eating disorder is where the habit manifests as a regular, psychological issue relating to food. Anyone who has experienced a binge eating episode can be considered as having suffered from disordered eating, though they may not have sought diagnosis. Up to 13% of the general population regularly engage in binge eating behaviours, eating a large amount of food in a short timeframe despite not feeling hungry.

Binge eating disorder is the most overlooked of eating disorders. Those with BED may become overweight due to their illness, thus not fulfilling the incorrect criteria of an underweight appearance that many associate with eating disorders. As with any disorder, the severity of each case can differ. Those with BED may exhibit a ‘normal’ weight, despite the fact they are experiencing continuous cycles of extreme restricted eating interspersed with binge eating episodes. They may also be underweight, due to the extreme bouts of restrictive dieting.

BED was only first included in the DSM in 1987, so research is limited. While binge eating behaviours have been studied for decades, viewing them as a psychological disorder in its own right was not even considered until 2013. This goes to show just how undermined BED was, and still is today.

Twin studies estimate the heritability of BED as being up to 57%. While this leans towards supporting the biological argument for BED, the shared exhibition of symptoms in twins could also be attributed to environmental factors. For example, studies into the causes of the illness found evidence suggesting issues with parental style may have links to the onset of binge eating disorder in later life. These issues were factors such as high expectations and a lack of paternal or maternal support.

Calorie restrictive eating habits can cause BED symptoms, potentially prompting the onset of the disorder. Read more into the studies on dieting and restrictive eating, and how they have been found to link with BED below. 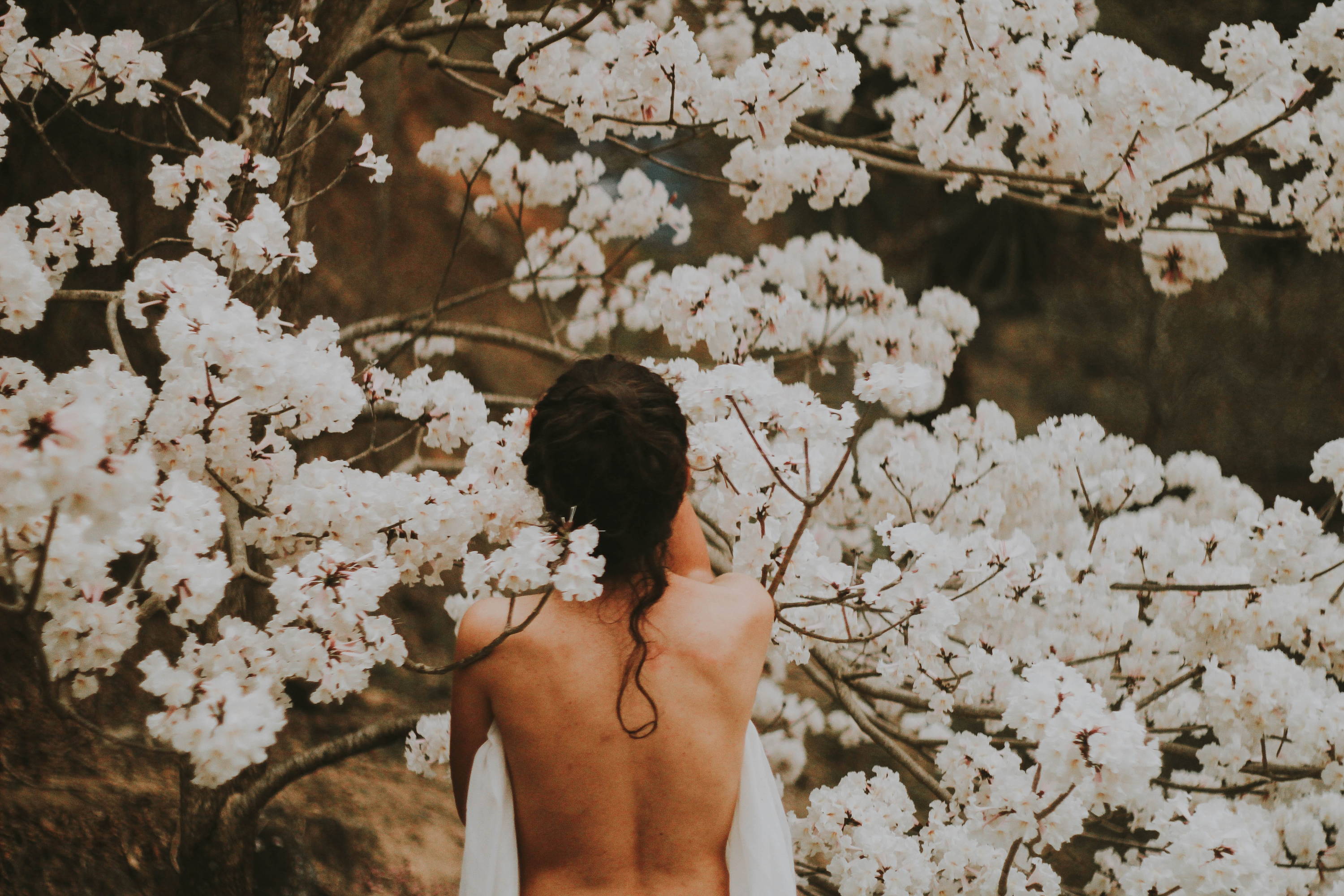 In their studies into restrictive eating, Herman and Polivy found that dieters were more likely to indulge in overeating behaviours after they’d given in to the offer of a milkshake. Calorie restriction relies on the ability to control or resist the urge to eat. Once this control is lost, dieters are made acutely aware of how they evidently cannot control their temptations in the first place. Even after one treat, dieters wonder why they should stop indulging in more food if they can’t control their temptations anyway. They fall into the trap of eating more calories, before telling themselves they’ll start the diet again tomorrow. The reality of this is a continuous cycle of bingeing and restricting, while the ‘dieter’ feels they are on a constant diet. Wondering why they aren’t losing weight, the ‘diet’ continues. This is instead of simply eating what they want with balance, and not feeling the urge to binge if they lose their overly restrictive sense of ‘control.’

Researchers Raynor and Epstein also found that food deprivation increases the reinforcing value of food (RRV). This is where those feeling deprived of food will work harder to gain food than non-food items. Another longitudinal study found that children with high reinforcing value of food results were more likely to gain weight over time. This further supports the hypothesis that those who are dieting are more likely to gain weight long-term.

In 1996, another study found that even short calorie restriction phases led to the depletion of tryptophan. This is an amino acid used to create niacin, which is then used in the formation of serotonin. Serotonin is the ‘happiness hormone,’ so those with minimal tryptophan may experience feelings of sadness, although they would not consciously know why. Studies suggest that depleted tryptophan due to dieting could be linked to the heightened level of weight gain of those who follow diet vs. binge cycles. Our bodies are extremely sensitive to even minor fluctuations in neurotransmitter availabilities, and they’re also excellent at making our brains sense what it is that we need to eat in order to restore what’s missing. Tryptophan is found in a lot of high-carbohydrate foods, thus explaining why those who are restricting calories end up bingeing on high carb snacks, eventually gaining weight.

Furthermore, ensuring sufficient nourishment also leads to enhanced levels of wellbeing. This is a subject we previously discussed in much greater detail in our Mental Health and Nutrition article. In short, the parallels found between supporting a positive mental state and adequate nutrition are also impossible to ignore. Studies have found that BED is frequently associated with depression, anxiety and other psychological issues. While we can't determine a causal vs. correlational link here for certain, it makes sense that the 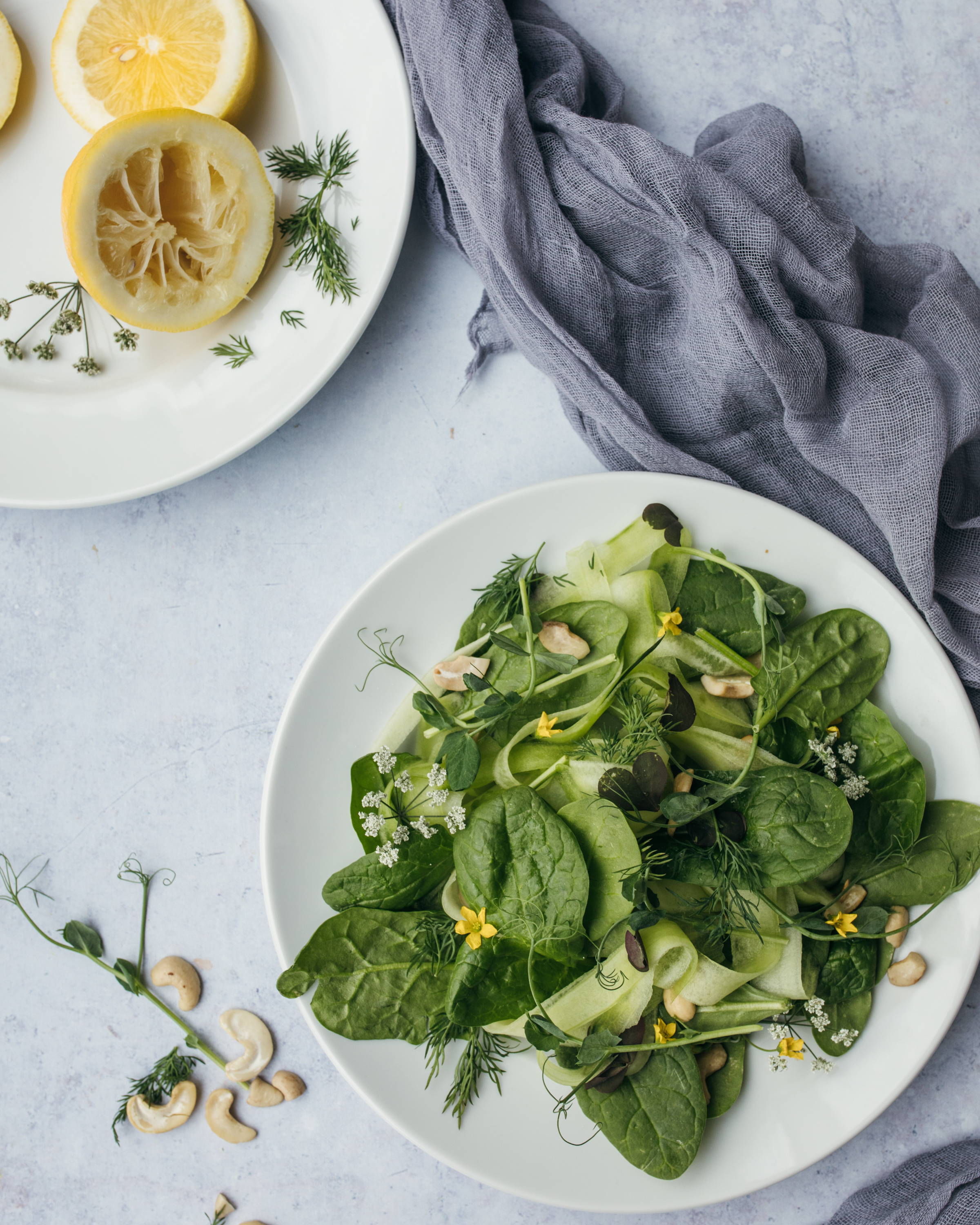 Those suffering from binge eating disorder are less likely to seek help for their medical issue than those with other eating disorders. This is due to the low perception of need for treatment. Since most eating disorders are wrongly associated with being severely underweight, they downplay their own suffering.

Dieting and restricting calorie intake isn’t sustainable. Finding balance through a considered combination of wholesome nourishment and exercise is the only way to ensure you are supporting an altogether healthy relationship with eating.

At The Remedy Kitchen, our efforts in prompting the nation to eat healthily are not just through means of encouragement. Our entire being is founded upon the notion that we can help others through nutrition, and our products are based around doing so.

Our Lifestyle Meal Prep plans are designed for those who are conscious about what they eat. Our argument is that being conscious of our eating habits is essential in leading a healthy lifestyle, albeit not in the way that most people who are dieting are conscious of their intake. We don’t believe in calorie restrictive behaviours, as we know they are more likely to lead to increased weight gain over time. Instead, we pull together energising ingredients with health boosting vitamins, creating wholesome dishes you’ll wonder why you never tried before.

In our resolve to make healthy eating accessible for everyone, our nutritious meal prep plans now offer the ability to select bespoke plans with meal preferences.

For more recipes and nutritional treats from the Remedy Kitchen,
follow us on social media. 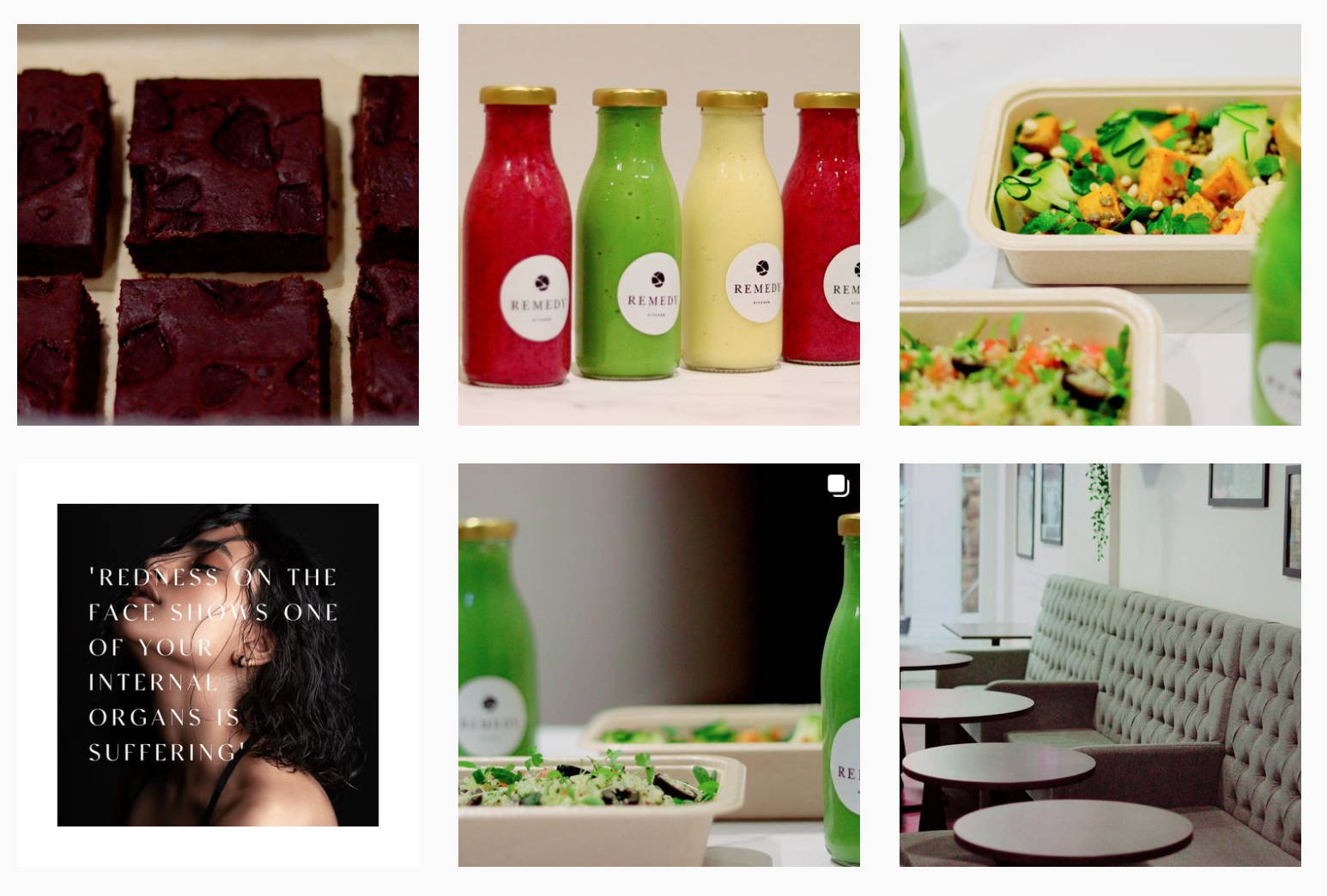 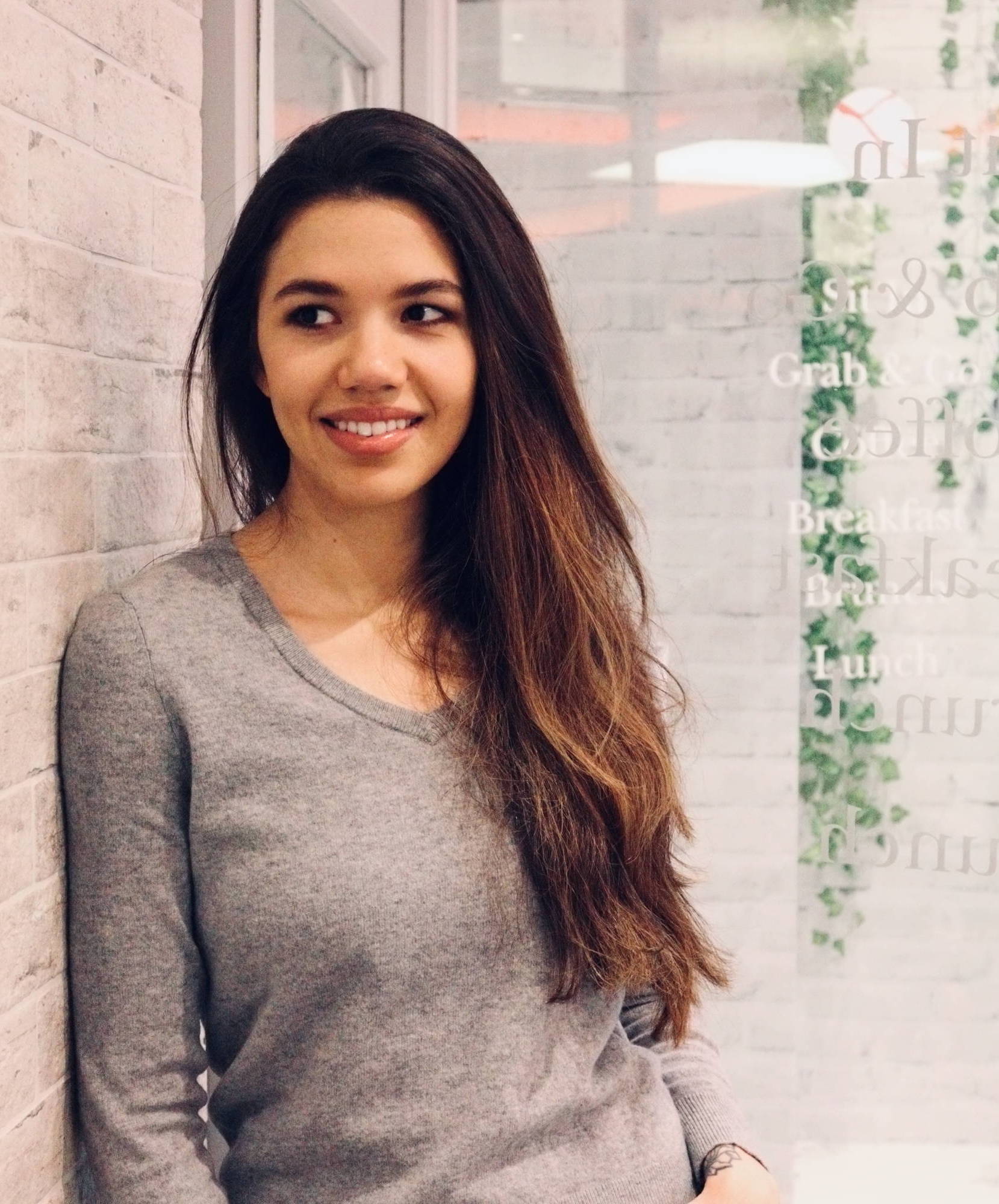 The Remedy Kitchen concept and ethos was created by Katie McIntosh, Remedy Kitchen’s co-founder and Managing Director.
Katie is a specialist in Nutritional Interventions for Eating Disorders & Obesity, and has completed an expanding range of wellbeing-centric qualifications to date, including Detox Specialist, Advanced Sports & Exercise Nutrition, Performance Enhancement Specialist with the National Academy of Sports Medicine, Precision Nutrition Level 1 Coach and BSc Psychology. Katie is also a member of the British Psychological Society.
Having first launched her career as a fitness professional back in 2015, Katie realised her passion for helping others use nutrition to elevate their health could be put to better use. It was this realisation, along with the identification of a stark gap in the market , that inspired the Remedy Kitchen concept into what it is today.