Home  / The Remedy Blog  / The Psychology of Dieting: Nutritional Deficiency

The Psychology of Dieting: Nutritional Deficiency

Recently, we’ve been discussing some of the effects that disordered eating habits can have on our health. As our Psychology of Dieting series continues, we move on to consider how extreme dieting can lead to nutritional deficiency, and what the implications of developing these deficiencies may be.

Disordered eating cause imbalances within the mind and body, as the nutrition we get from food is essential in keeping our systems and hormones stable. Eating disorder diagnosis or not, extreme dieting often leads to nutritional deficiencies. Read on to find out more about extreme dieting and the destabilising effects it can have on the body.

What is Disordered Eating?

Disordered eating is classified as having an irregular eating pattern. It can be linked to chronic dieting, weight fluctuations and compulsive thoughts about food consumption that lead to irregular food intake. ‘Disordered eating’ is a phrase, not a diagnostic term, and those who show signs of disordered eating do not necessarily have an eating disorder. They are still at risk of becoming nutritionally deficient, particularly if they skip meals or restrict calories.

The strict diagnostic criteria for eating disorders are outlined in the Diagnostic Statistical Manual adhered to by medical professionals. Due to the meticulousness of the DMS, many people with eating disorders end up undiagnosed. The prevalence and extremity of self-destructive behaviours in those who do not meet the explicit criteria has led to the invent of a subcategory in the medical and mental health field, named ‘other specified feeding or eating disorders’ (OFSED). This is also referred to as ‘eating disorders not otherwise specified,’ or EDNOS.

This is an increasingly worrying issue in the UK, as an estimated 4 million people in the UK could be suffering with any form of eating disorder. Comparatively, the figure for formal diagnoses stands at 1.6 million. This is a severe underestimate for two reasons. People with disordered eating frequently avoid seeking medical attention due to the nature of their illness. Mental health support for eating disorders is also notoriously difficult to obtain in parts of the UK, and systems are underfunded. Knowing this, it can be daunting for individuals who are struggling to seek the appropriate help.

The most concerning implication of these figures is that they don’t even account for people who follow disordered eating behaviours due to dieting. This suggests the number of malnourished or nutritionally deficient adults in the UK is significantly higher than we would initially assume. Here’s why. 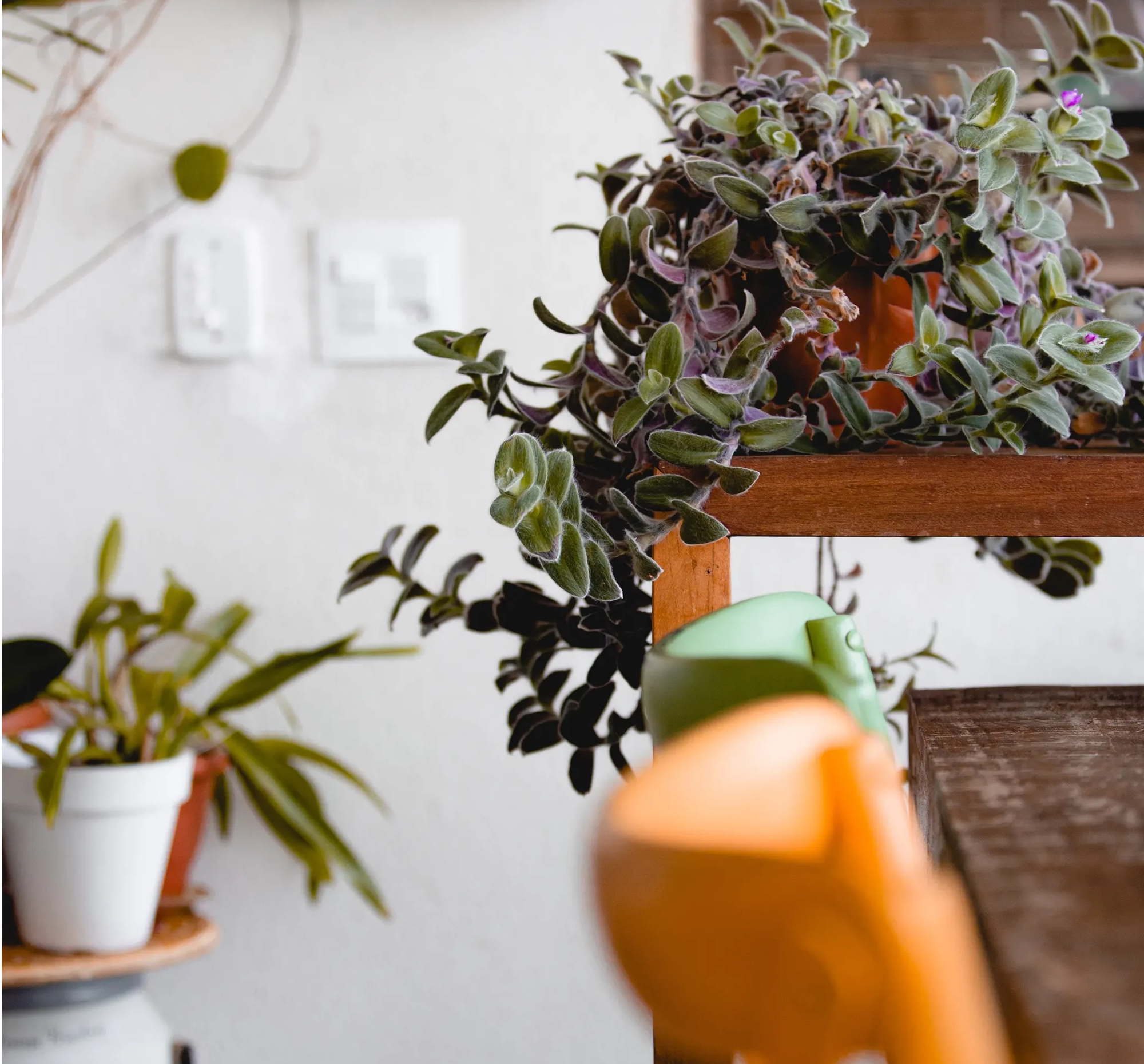 Dieting is a form of disordered eating. It involves behaviours that enhance the risk of developing nutritional deficiencies, and can thus be considered a harmful practice when taken to extremes. Skipping meals, calorie counting (or restriction), purposefully vomiting, taking ‘diet’ medications, binge eating, and consuming only certain food groups are common behaviours from dieters.

Extreme Dieting and the Effects of Starvation

Researchers have compared dieting to forms of starvation. The effects are similar. Skipping meals is a common food deprivation behaviour in dieters. No food means no nutrients. The nutrients we eat is converted into energy, they control our blood glucose levels and regulate hormonal balances. They essentially keep our bodies fuelled for the day. If we deprive the body of food, the crucial biological processes that require nutritive energy come to a halt.

Since restricting meals is similar to starvation, we’ll look into the effects of starvation on the body and its links to nutritional deficiency. A 1950 study by Ancel Keys reproduced the effects of starvation in mentally and physically healthy men over 6 months. Of course, they didn’t eat nothing over this entire time, but restricted their intake to 1,570 calories daily, a highly restrictive number. The study also required them to work, study and exercise; activities that would burn calories.

The men suffered from muscle atrophy that they were unable to recover from even beyond the experiment. This was a long-term consequence of having limited calorie restriction for just 6 months. Their hearts shrank by 20%, while heart output reduced by 50%. Over the course of the study, some of the men were sent to a psychiatric ward as the psychological issues they had developed became unbearable. This study consolidates the understanding that even calorie restriction can be the catalyst for the symptoms of starvation, and the associated health problems that develop alongside them.

Once the study concluded, it was found that the men actually gained more weight than they began with. Their body shapes had also noticeably shifted to form a more ‘undesirable’ physique. A growing number of studies have found that dieting doesn’t work, and instead has adverse effects. Chronic dieters will find that they gain weight instead of losing it. Their eating behaviours fluctuate so much that the body and digestive system cannot regulate a well-adjusted state of being. Taking this into account, dieting is an ineffective practice that, in most cases, often serves to harm the body. 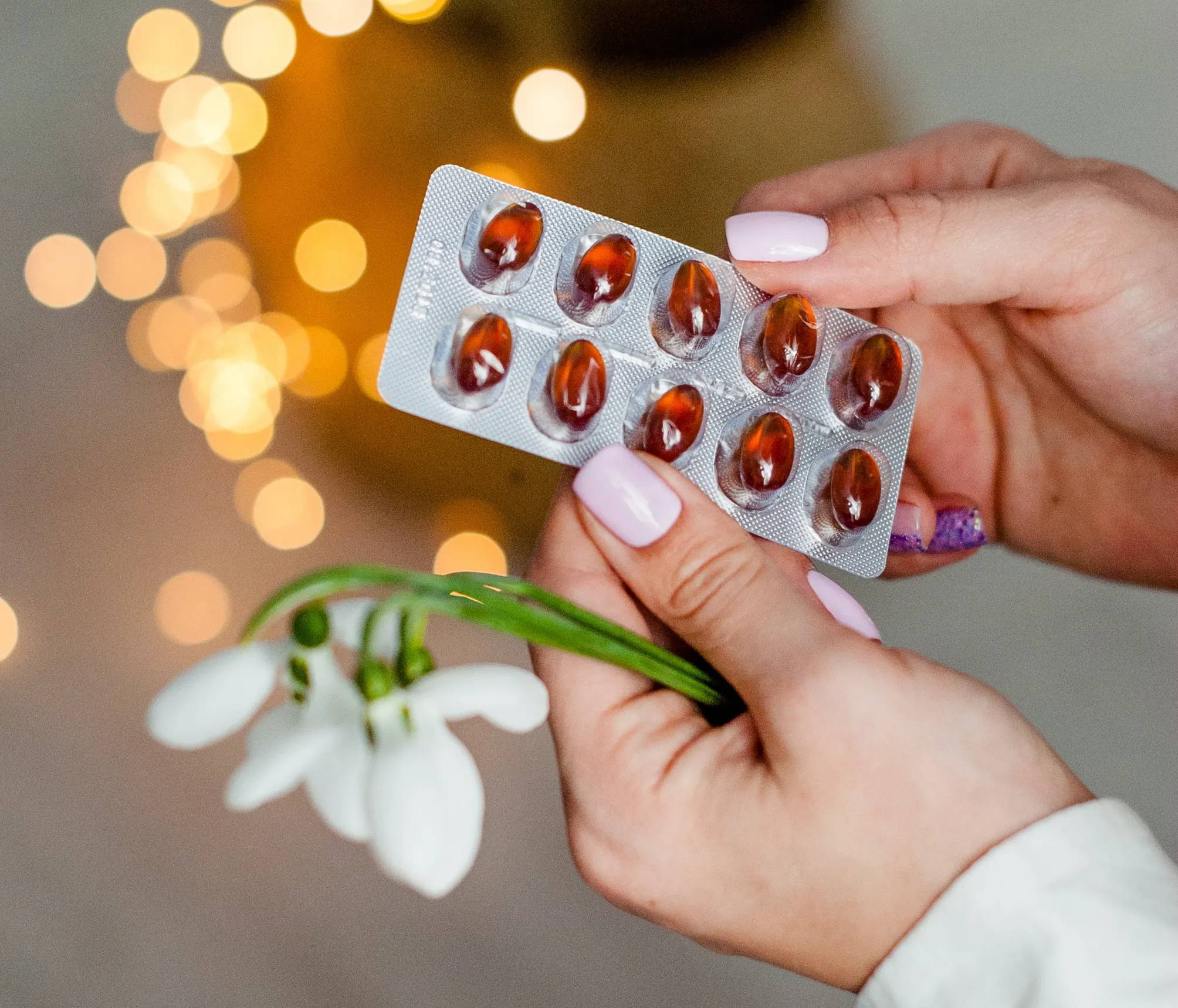 While demonstrating some thought-provoking results, the 1950 study is perhaps out-dated, and we now have a better grasp on the specifics regarding the nutritional intake our bodies need. When dieting, people work to achieve the exact opposite of what science has so graciously taught us about nutrition.

Dieters persevere, sometimes desperately, to avoid the nutrients and vitamins they know their bodies need. They become fixated on diminishing the influx of sustenance. Without realising it, they’re placing themselves at risk of malnourishment. The following discusses the effects of limiting specific food groups and nutrients on the body, both short and long term.

The 2020 Textbook of Natural Medicine explains how it was previously believed that only severe malnourishment from all food groups led to reduced immune system functioning.Instead, a holistic view is much more accurate.

The complexity of the immune system integrates synergistic segments, ceaselessly fighting off potential invaders from both inside and outside the body. They found that being deficient in just one single nutrient can have a significant impact on the immune system. This suggests limiting our intake of particular food groups can be damaging, leaving us more susceptible to infection from invading organisms.

A diminished ability to make hormones occurs when we don’t eat enough essential fatty acids. When dieting, there is the misconception that the consumption of any form of fat is to be avoided. This is inherently wrong, as avoiding the fatty acids we need can cause harm.

Omega-3 fatty acids are vital for maintaining a healthy brain in every single one of us. These fatty acids are present in high amounts in the brain, as they preserve cell membranes and aid the cells in communicating effectively. We primarily get these fatty acids within our diet. They are found in oily fish, nuts and seeds, plant oils and fortified foods like cereals.

Without enough fatty acids, our brain and bodily health can deteriorate, leading to unwanted symptoms. You might have an inability to concentrate, joint pains, allergy-like symptoms, fatigue, issues with hair and skin, and there's also the risk of developing cardiovascular issues.

Without the proteins we need from cheese, fish, nuts, high protein foods; our bodies fail to maintain muscle health. This explains the noticeable deterioration of the men's statures in the aforementioned 1950s study. They had changed over the course of 6 months, from muscular healthy men, to rotund figures that lacked muscle definition.

Body composition changes in weight loss were studied more recently in 2018, as researchers set out to find if there were any ways to maintain a lean body mass whilst losing weight. They found that extremely low calorie dieters lost substantial amounts of lean body mass during their experiment.

One subject lost 1.9 stone over 8 weeks, however it was discovered that only 75% of their weight loss was actual body fat, while the remaining 25% was lean body mass. Their conclusion was that instead of looking to lose weight, people should concentrate on body composition improvements instead.

This happens as the result of continuously fluctuating blood sugar levels, as dieters do not maintain a steady balance of sugars. They're either avoiding sugars completely, or binge eating when they do get the chance to have a 'break' from their diet.

A common effect of dieting is becoming irritable, anxious, feeling depressed and withdrawing from normal activities. This is related to the lack of proteins that are vital in supporting our mental health. The reason this is so common is because dieters look for low fat diets, avoiding the exact foods that have the protein our bodies need to function.

If you'd like to read more about the relationship between mental health and nutrition, take a look at our blog post on the subject below. 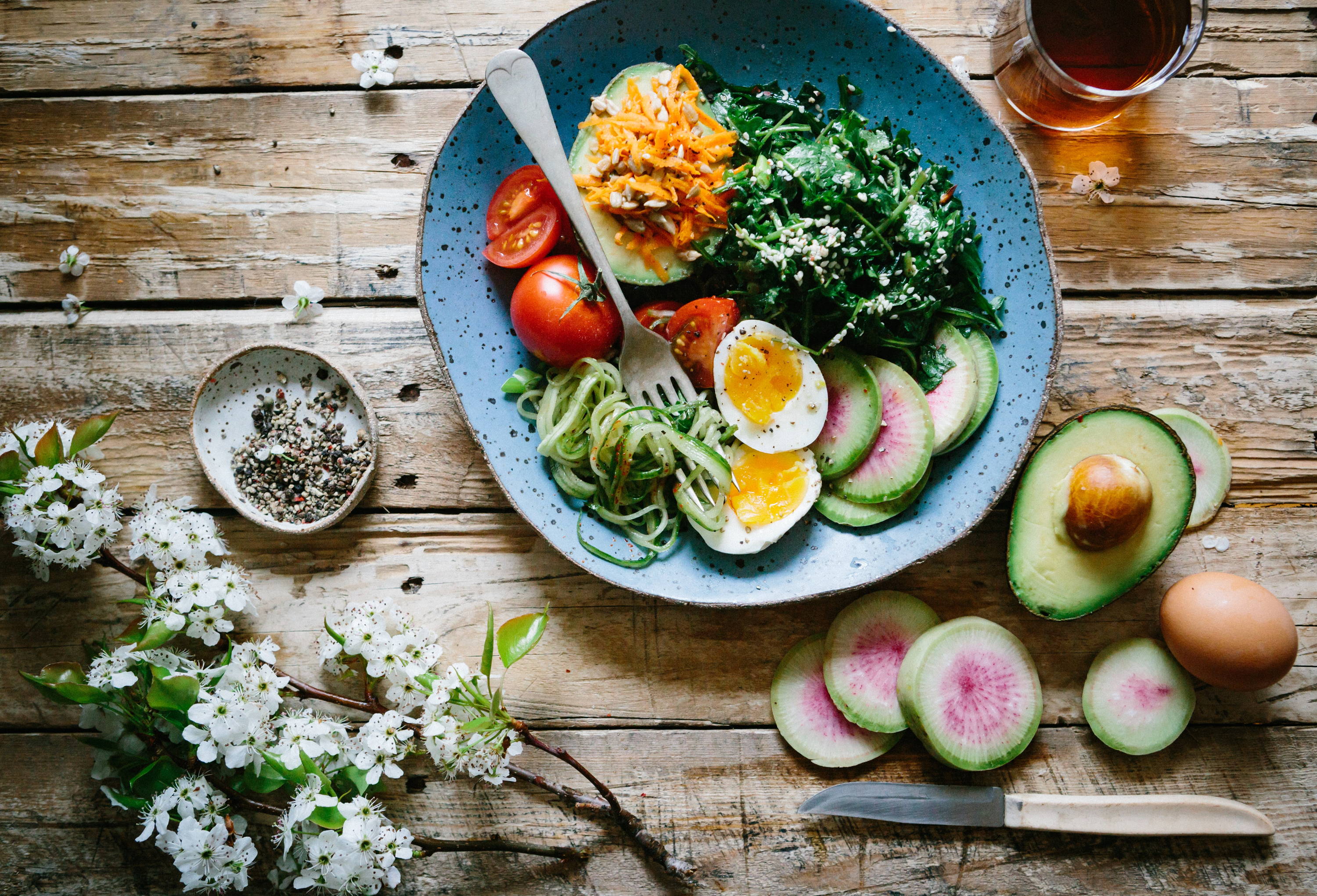 While we understand why dieting may seem like an effective way to lose weight, it is not. Considering the fact dieting is actually harmful in many cases andultimately leads to weight gain rather than weight loss, it just doesn’t seem too tempting to us now. Instead of restricting yourself and risking the consequences of nutritional deficiency, follow an all-round balanced diet.

At Remedy Kitchen, we offer a range of nutritive solutions for those wondering how to eat a balanced mixture of foods. Delicious meal prep plans that contain every vitamin and mineral you need to function at your best can be found in our online shop. The Lifestyle Meal Prep plan is particularly useful for those wishing to experience how it feels to live a fully nourished life. 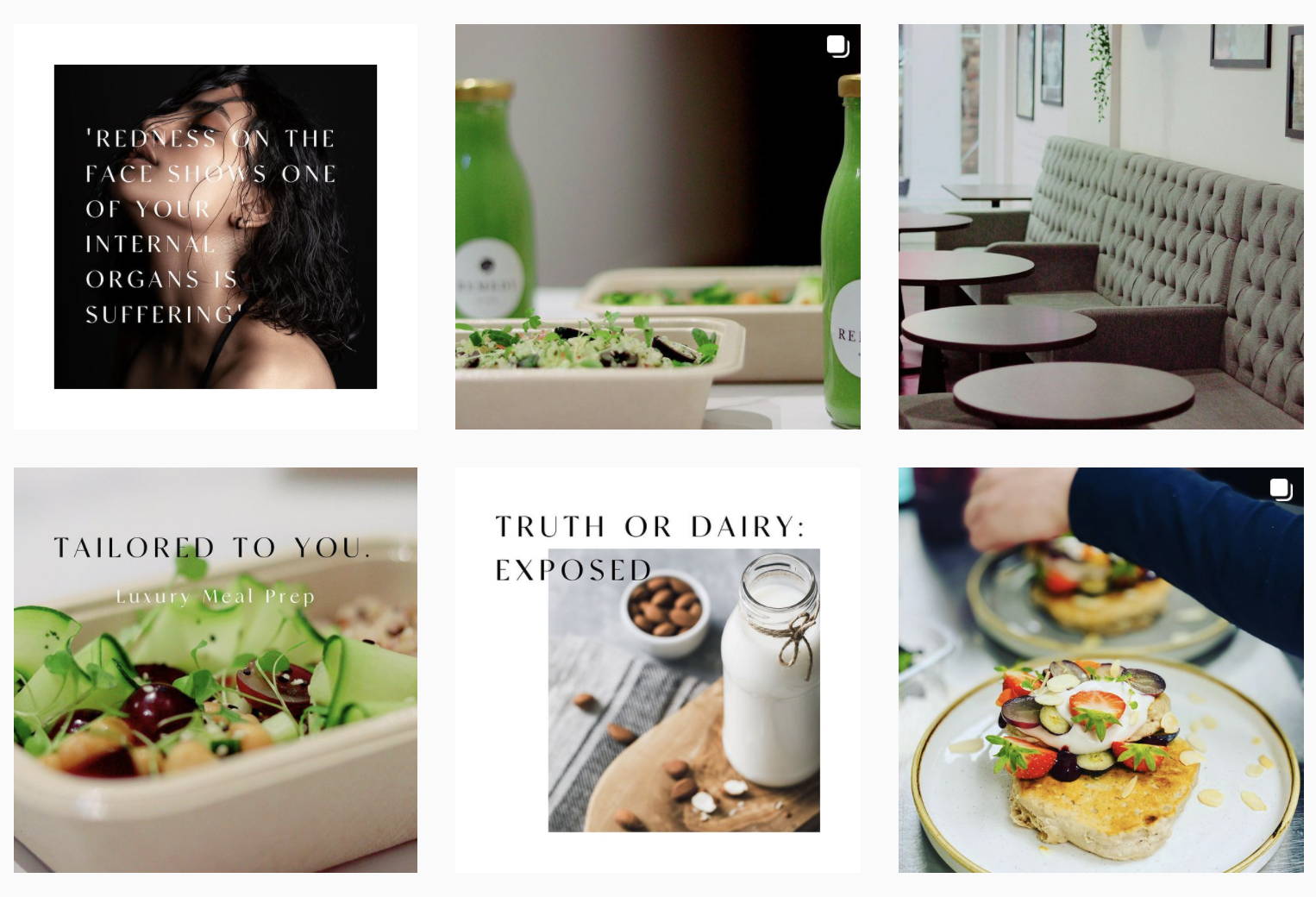 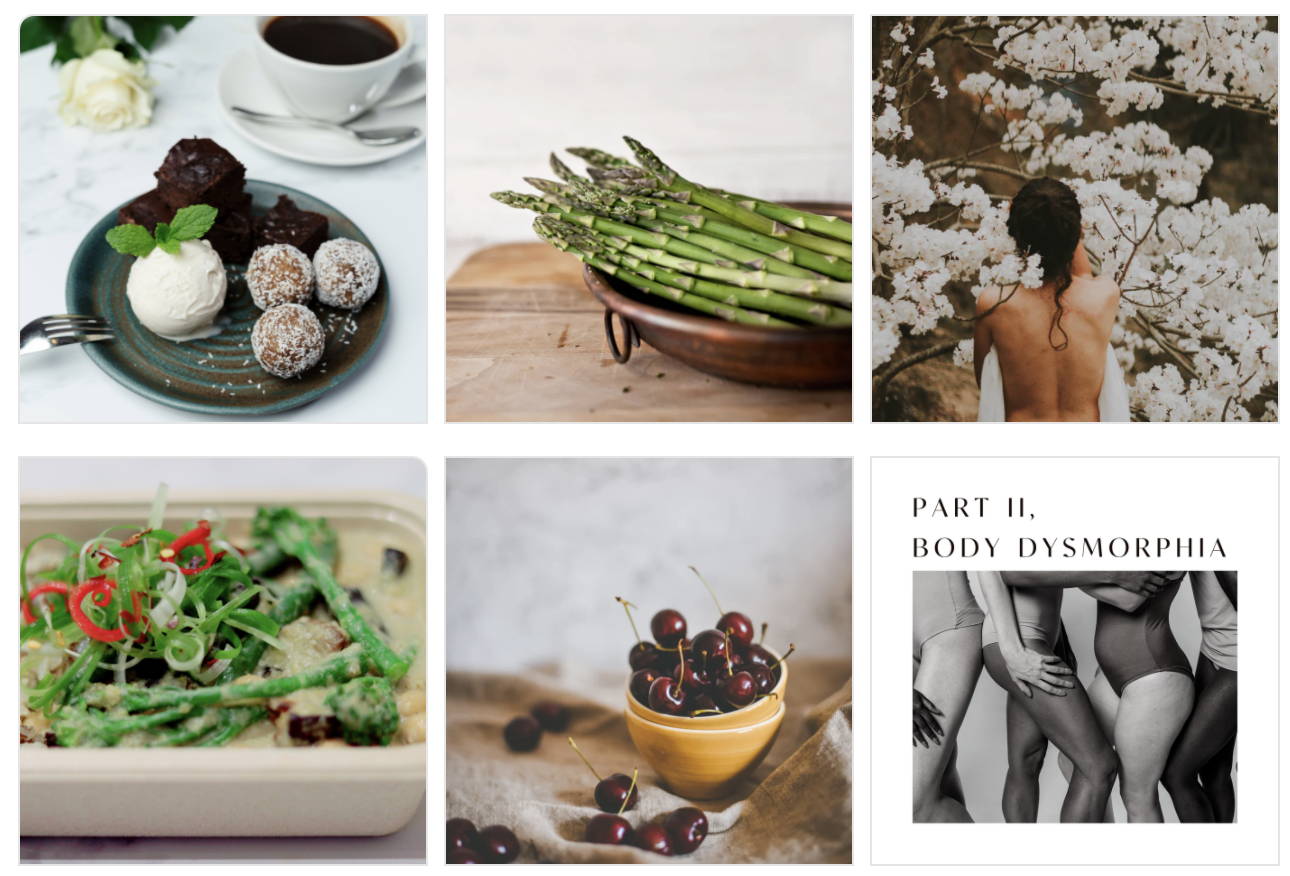 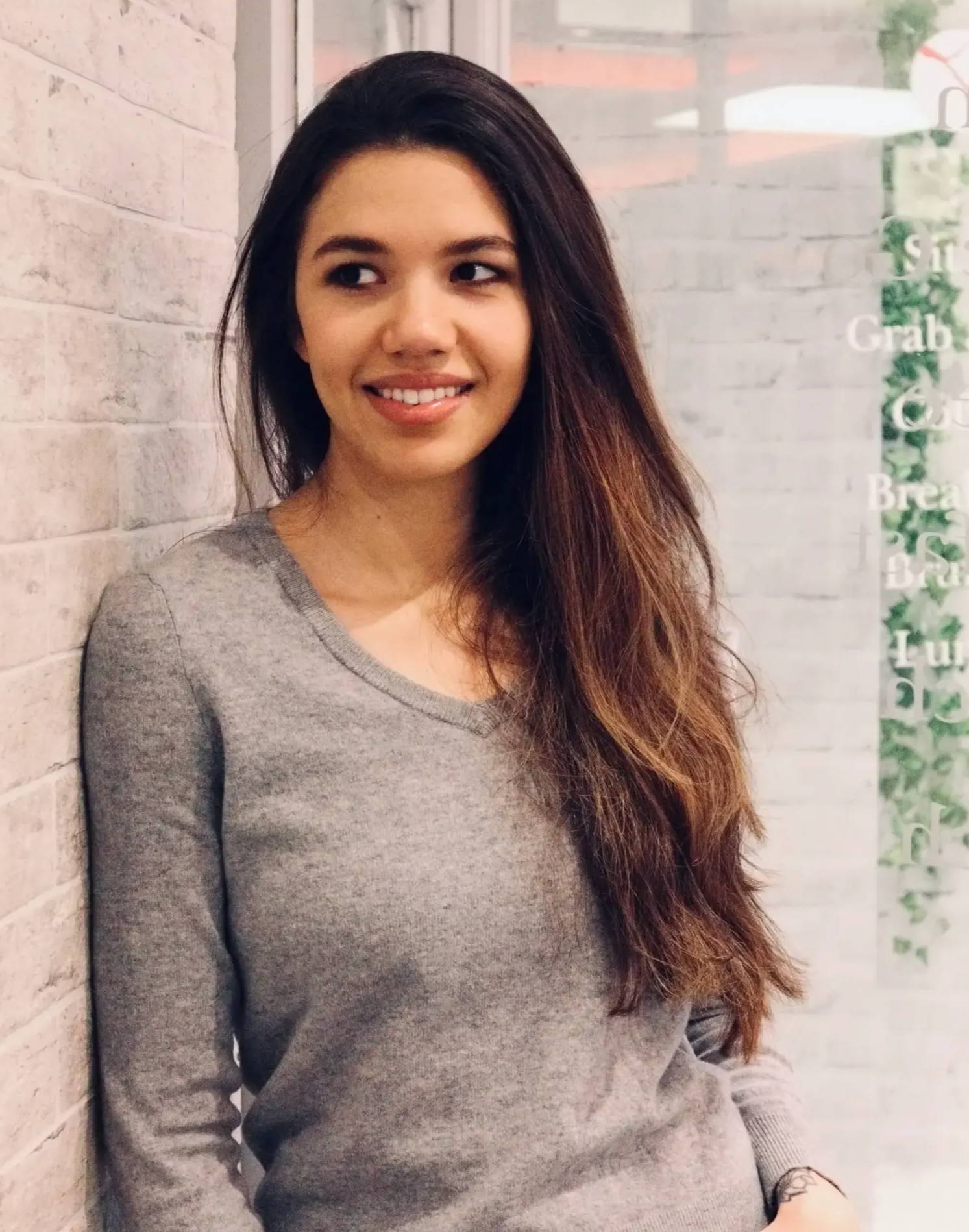 The Remedy Kitchen concept and ethos was created by Katie McIntosh, Remedy Kitchen's Managing Director and co-founder.
Katie is a specialist in Nutritional Interventions for Eating Disorders & Obesity. Her expanding range of wellbeing-centric qualifications include Detox Specialist, Advanced Sports & Exercise Nutrition, Performance Enhancement Specialist with the National Academy of Sports Medicine, Precision Nutrition Level 1 Coach and BSc Psychology. Katie is also a member of the British Psychological Society.
Katie first launched her career as a fitness professional in 2015. In doing this, she realised her real passion was in helping others use nutrition to elevate their health, and knew her expertise would thrive elsewhere.It was this realisation, along with the identification of a stark gap in the market, that has nurtured the Remedy Kitchen concept into what it is today.